How to add more than one metric definition

Written by Ed Campbell
Updated over a week ago

You might find when creating metrics that you need to add multiple definitions. This will be applicable when you have more than one table with the same data but different dimension breakdowns.

Example:
The GoogleAds API does not allow you to pull certain dimensions into the same report but you may still want to be able to break down your data by these dimensions e.g. Age and Gender need to be pulled as two separate reports.

In this case, you can request that Bright Analytics pull multiple reports from the same API broken down by different dimensions resulting in multiple tables holding the same metric data but various different segmentations.

Instead of creating separate metrics for each table e.g. Impressions from the Age GoogleAds report and Impressions metric from Gender Google Ads report, you can simply add an alternative metric definition to an existing metric.

Below is an example of the metric 'Impressions' with multiple metric definitions for various GoogleAds tables (five in total). As seen below each definition is reading off a different table but still pulls in the 'Impression' field - you can give each definition a name for clarity or leave this blank. 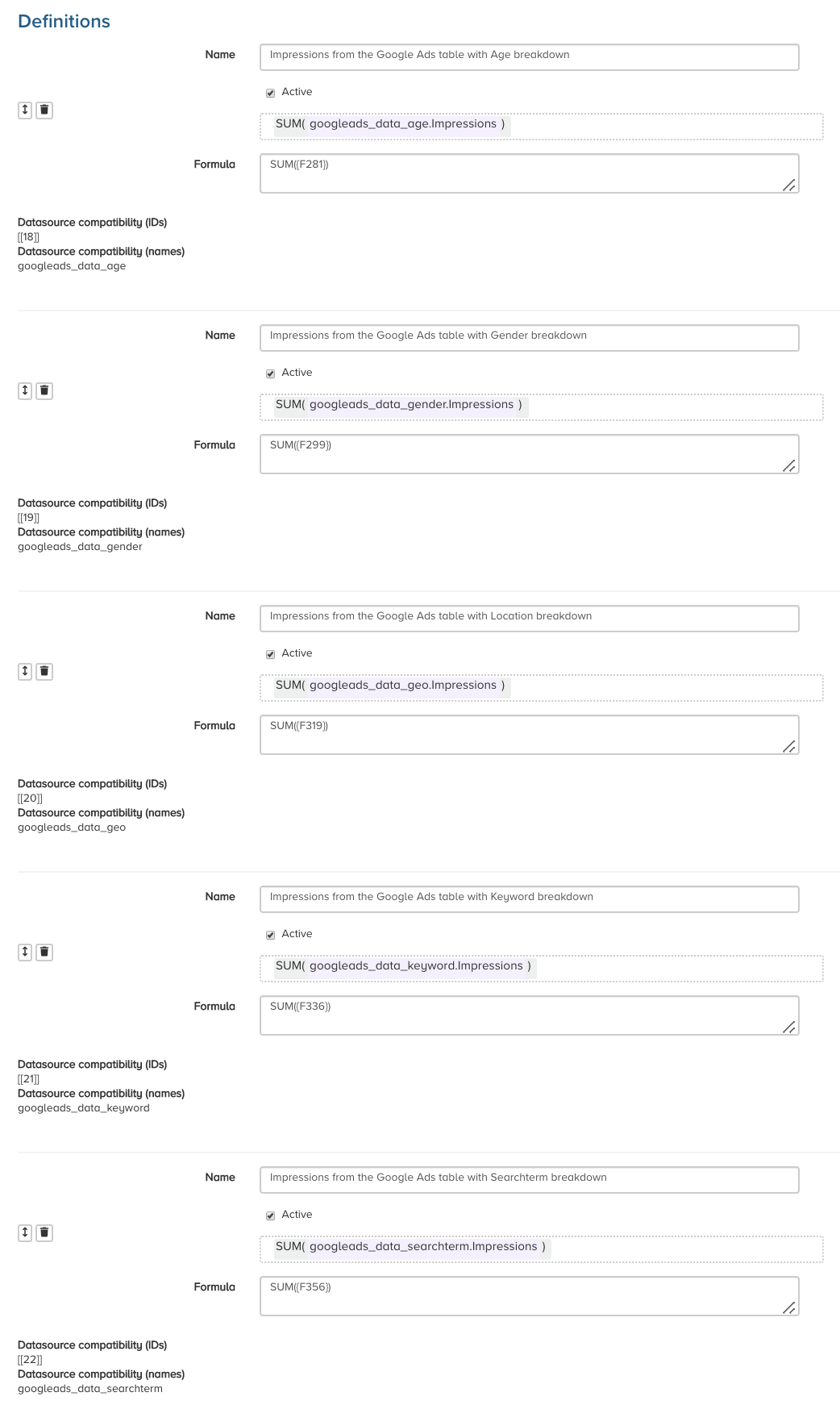 In the example above, a report with Impression which does not include a dimension that is exclusive to any of these tables will use the first definition which reads of the GoogleAds Age table. If you create a report in the dashboards which uses the Impression metric and the dimension 'City' the report engine will pick up the third definition as this is where the location dimensions lie.

Did this answer your question?